AUSTIN — A state program to provide a permanent means for women military veterans living in Texas to receive health and parental benefits is advancing in the House and Senate.

If the legislation is eventually approved and signed into law by Gov. Greg Abbott, the measure would be the first such program geared strictly to the specific needs of women who served in the U.S. armed services and transitioning back to civilian life.

“By making it statutory program, when we go out in the state and advocate for women veterans, it give us a little bit of street credibility,” Edith Disler, manager of the current Women Veterans Initiative, a program with the Texas Veterans Commission to raise awareness and help women obtain benefits.

The need for the statuatory program has it roots in Texas’ long ties with the U.S. military, with major installations in San Antonio, El Paso, Killeen, Corpus Christi and other Lone Star cities.

Despite a growing number of female veterans in Texas, there is not a permanent state program to address the health care needs of the group.

There are roughly 1.7 million veterans in the state, and women make up 11 percent of that figure, according to the U.S. Department of Veterans Affairs. 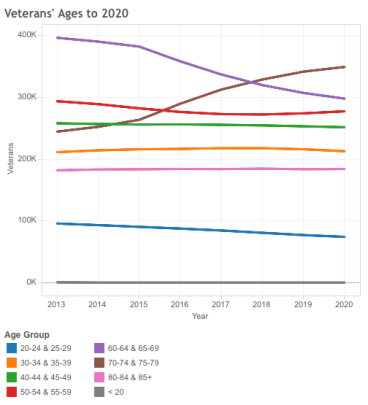 Although a temporary initiative was established under the Texas Veterans Commission in 2012 to help female veterans readjust to civilian life, no permanent program exists.

Senate Bill 2001, authored by Sen. Sylvia Garcia, D-Houston, would establish a permanent Texas Women Veterans Program under the commission to address the needs of a growing female veteran population. The bill has companion legislation in the House filed Rep. Ana Hernandez, D-Houston.

Both bills have been approved by House and Senate committees.

Garcia said the current program should be permanent because of the different health care needs that females have when leaving the service.

“Those needs are different,” Garcia said. “I think it’s important that the agency be responsive to that.”

The current initiative has four employees who manage employment, claims and outreach for female veterans in the state. Disler said she does not foresee additional employees being hired when the program becomes permanent.

Disler said that some lawmakers questioned the need for specific programs for women.

“That was the big question,” Disler said. “We have all these programs for veterans, why do women need anything in particular?”

Testimony at legislative hearings committees revealed the differences female veterans face compared to their male counterparts. Those differences including a higher risk of sexual assault, receiving prenatal care and adjusting to running a household when they return from the service.

“Basically it wasn’t lack of support, it was lack of knowledge,” said Disler, an Air Force veteran.

Lashondra Jones, policy associate with Texas Criminal Justice Coalition and a former Marine, testified before the Senate Committee on Veteran Affairs and Military Installations in favor of a permanent program.

Jones said she has met with many women who have experienced military sexual trauma and are unable to get the help they need.

According to a 2014 Veteran Affairs report, one in four women have experienced military sexual trauma. The department considers any sexual activity against a service member’s will as sexual trauma.

“There are so few women veterans programs that cater to females,” Jones said. “It’s just not enough.”

Garcia isn’t the only lawmaker taking notice of the growing need of programs for female veterans in the state.

Sen. Jose Menendez, D-San Antonio, who served as chair of the House’s Defense and Veterans’ Affairs Committee before being elected to the Senate, authored several pieces of legislation to help female veterans this session.

In addition to being a co-author on Garcia’s bill, Menendez authored legislation that would create a women veterans mental health initiative. The bill was approved by the Senate.

“We’ve been addressing male veterans’ issues for hundreds of years, and it has not stopped,” Menendez said. “But because the female warrior is new in combat and new in this arena, we haven’t had specific attention paid to their issues.”