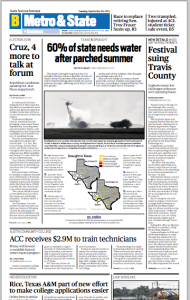 The Euphoria Music and Camping Festival filed the lawsuit last week, claiming the ordinance approved in August by Travis County commissioners is unconstitutional. According to the lawsuit, the ordinance restricts the hours of operation for events that are governed by the Texas Mass Gatherings Act. 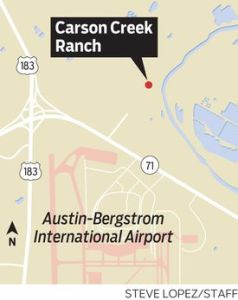 Craig Barker, an Austin-based entertainment attorney who is representing the festival in the suit, said that counties do not have the same authority as cities to regulate how people live.

“You don’t see any place (in the Mass Gatherings Act) where it says that we can tell you what time to do something in an unincorporated part of the city,” he said.

State statute allows a county judge to deny a permit in several circumstances, including if he finds the location is inadequate for an event, if there is no limit on the number of people who may attend or if there are not arrangements for traffic control.

But in voting for the ordinance in August, Travis County Judge Sarah Eckhardt argued that the Mass Gatherings Act allows counties to regulate large events. Under the approved ordinance, events are restricted to 1 a.m. on Fridays and Saturdays and 11 p.m. Sundays through Thursdays.

Euphoria began in 2012 and allows festivalgoers to camp through the weekend at Carson Creek Ranch near Austin-Bergstrom International Airport. The dispute began when organic farmer Brenton Johnson complained about the noise from the Euphoria and Levitation festivals, which are located near his home.

According to event organizers, the Travis County sheriff’s office registered the sound from April’s festival at about 50 decibels at the Johnson property. State law considers noise “unreasonable” if it exceeds 85 decibels. In the city of Austin during the spring festival season, outdoor music permits are allowed for sound that is up to 85 decibels between 10 a.m. and 2 a.m.

Euphoria’s most recent festival was April 10-12. Events were scheduled until 2 a.m. Friday and Saturday and until 12 a.m. Sunday, according to its website. Those times would not be allowed under the new Travis County ordinance.

Barker and festival organizers have asked for a declaration that says the time restrictions adopted by the county commissioners are unlawful, according to the lawsuit.

“This looks to me to be a straightforward case,” Barker said. “There’s just not authority here.”

During the vote in August, Commissioner Gerald Daugherty voted for the ordinance but said the decision is “a thing that is going to get challenged.”

In an interview Monday, Daugherty said the county commissioners would need a judge’s ruling to determine what was lawful.

“In order for us to weigh in, we’re probably going to have to be told if we are within our bounds,” Daugherty said.